- avril 30, 2020
Victory! ICANN Rejects .ORG Sale to Private Equity Firm Ethos Capital In a stunning victory for nonprofits and NGOs around the world working in the public interest, ICANN today roundly rejected Ethos Capital’s plan to transform the .ORG domain registry into a heavily indebted for-profit entity. This is an important victory that recognizes the registry’s long legacy as a mission-based, non-for-profit entity protecting the interests of thousands of organizations and the people they serve. We’re glad ICANN listened to the many voices in the nonprofit world urging it not to support the sale of Public Interest Registry, which runs .ORG, to private equity firm Ethos Capital. The proposed buyout was an attempt by domain name industry insiders to profit off of thousands of nonprofits and NGOs around the world. Saying the sale would fundamentally change PIR into an “entity bound to serve the interests of its corporate stakeholders” with “no meaningful plan to protect or serve the .ORG co
Enregistrer un commentaire
Lire la suite

Art Quote of the Day

- avril 30, 2020
"Art is a marriage of the conscious and the unconscious." - Jean Cocteau
Enregistrer un commentaire
Lire la suite

When should you expect to receive the Android 10 update? (Updated May 1) 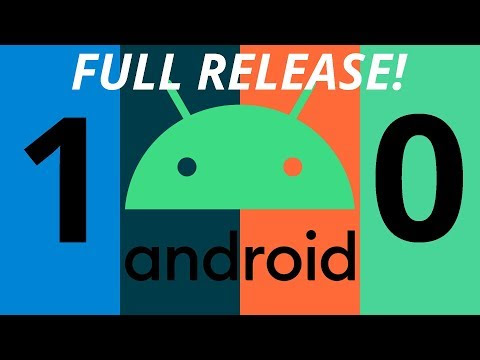 Officially called Android 10, the next major version of Android launched September 3, 2019. The Android 10 update began rolling out to all Pixel phones, including the original Pixel and Pixel XL , Pixel 2 , Pixel 2 XL , Pixel 3 , Pixel 3 XL , Pixel 3a , and Pixel 3a XL . What about other devices? Which ones already have Android 10, and which ones are expected to get the update at some point? Read on to find out everything you need to know about the Android 10 update schedule. Key Android 10 update features We have a complete overview of all the new features in our Android 10 review . However, you can also check out our video above to see what’s new in Android 10, what new features it brings, all the design tweaks, and much more. If you’re short on time, here’s a list of features we’ve seen so far: Improved privacy controls New gesture navigation Google Assistant “handles” Accent colors and theming options System-wide dark theme Native screen recording Native deskt
Enregistrer un commentaire
Lire la suite
Autres articles